Not Going Anywhere for a While? Grab a Rule Assessment

Not Going Anywhere for a While? Grab a Rule Assessment 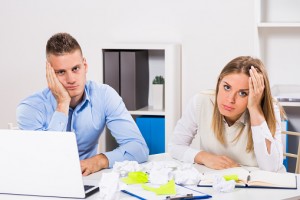 As the industry awaits the Consumer Financial Protection Bureau’s (CFPB) first rulemaking activity under Director Kathy Kraninger, stakeholders can reflect on the impact of some of the agency’s most significant regulations.

The bureau published five-year assessments of its ability-to-repay/Qualified Mortgage rule and its mortgage servicing rule in January as statutorily required under Section 1022(d) of the Dodd-Frank Act. Both reports provide plenty of insight into the rules’ effectiveness since becoming implemented.

Shortly after those reports’ publication, the industry’s attention immediately turned to another forthcoming five-year lookback on a rule that keeps many lenders and settlement agents up at night – TRID.

However, the bureau has more than two years before it is required to assess its TRID rule’s effectiveness. That is a shame for a number of trade advocates and senators who joined together on behalf of industry stakeholders to press the agency to act sooner rather than later to make certain updates to the rule – pertaining to Loan Estimate and Closing Disclosure forms – to improve reporting accuracy and alleviate confusion among loan borrowers.

Any hopes for immediate commitment from the bureau to act swiftly in addressing the concerns raised by the trades and lawmakers were dashed by Kraninger’s response, which indicated that no changes would take place until after the rule’s statutorily required five-year assessment. For TRID, such a report is not due to be published until 2020.

There are, of course, other regulatory matters to be addressed between now and then.

A recent survey by Wulters Kluwer indicated that although anxiety over compliance risk has waned a bit, there are growing concerns over the implementation of the Financial Accounting Standards Board’s Current Expected Credit Loss (CECL) standards and in regards to cybersecurity, as well as others. There also are a host of regulatory measures to be put in place in accordance with the Economic Growth, Regulatory Relief and Consumer Protection Act.

For more information and to stay on top of the rulemaking, check out Dodd Frank Update.